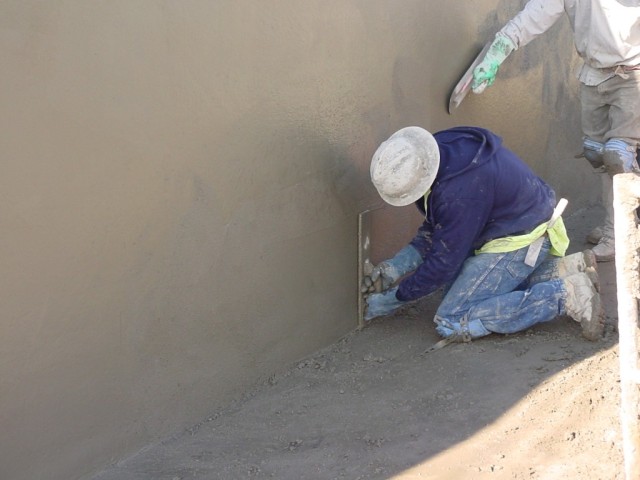 Concrete is the world’s most common manmade material and is used to construct a majority of buildings, bridges, highways, and much more. In fact it is used three times more often than steel. However one of the key ingredients in concrete is cement, which to produce contributes anywhere from one-fifth to one-tenth of industry-generated greenhouse-gas emissions. Recently a five years collaborative research project from the Massachusetts Institute of Technology (MIT) and CNRS suggests “a way in which those emissions could be reduced by more than half — and the result would be a stronger, more durable material.”

To make portland cement, the most common type of cement used today, calcium-rich material such as limestone is cooked with silica-rich material like clay to extremely high temperatures (up to 1450 °C) in a process called calcination. The cementitious compounds produce a hard substance called ‘clinker’. It is a result of the decarbonation of the limestone along with the extreme amount of energy used to heat up the mix that produces the carbon dioxide emissions.

The MIT research suggests that by reducing the ratio of calcium to silicate, it would not only cut present day levels of emissions, but would also help to produce a better, stronger concrete. The study looked at the entire conventional calcium-to-silica rations that range from 1.2 to 2.2 with 1.7 identified as the accepted standard. They then built a database of the rations and discovered that the optimum mixture was not today’s standard but rather a ratio of approximately 1.5.

In fact they found that the ratio of 1.5 parts calcium for every one part silica to be “a magical ratio.”  They further noted that “at that point the material can achieve two times the resistance of normal cement, in mechanical resistance to fracture, with some molecular-scale design.” The researchers believe that this minor change in the calcium levels could help to reduce carbon emissions by as much as 60 percent.

The Conco Companies are one of the foremost suppliers of concrete services for the Western U.S. We got our start in 1959 in the Bay Area by offering clients the best value on a broad range of concrete services and products. Since that time, we have taken a leading role as top concrete contractors in the region. We have four regional offices serving California, Oregon, Nevada, Colorado and Washington.